Memorial Day is a day to honor our nation’s fallen heroes who paid the ultimate sacrifice serving in the military. Many people mourn through placing American flags on gravesites of known veterans, participating in the National Moment of Remembrance, attending a local parade to support and learn from surviving veterans, or acknowledging the freedoms afforded to them through others’ sacrifice by celebrating with family and friends. However, the history of LGBTQ veterans who have valiantly died for our nation is often overlooked on Memorial Day.

Because of discriminatory policies, such as Don’t Ask Don’t Tell (DADT), and the outright prohibition of service of openly LGBTQ persons, the history of the LGBTQ community and the military will never fully be known. There are brave veterans who, after raising their right hand and taking an oath to protect and defend our country, were openly their authentic selves; but then faced bad paper discharges or lost all their benefits, regardless of their honorable service in peacetime and in combat. Additionally, there are veterans who never had the opportunity to reveal their true selves due to dying in combat or were murdered by their brothers and sisters in arms when their identity was discovered, never living in the freedom they fought for. Finally, countless veterans died from succumbing to mental health battles endured from years of suffering through the complex trauma of military service alongside emotional trauma developed through indoctrinated discrimination.

The first known LGBTQ veteran who died in combat is Major Alan Rogers. Rogers died in 2008 while serving in Operation Iraqi Freedom as an intelligence officer in the Army from an IED explosion. Rogers protected the lives of others in his unit by shielding them from the blast, serving selflessly until his last moments on Earth. Corporal Andrew Charles Wilfhart is the first openly gay US Soldier to die in combat since the lifting of the Don’t Ask Don’t Tell policy in 2011 in Operation Enduring Freedom. Before joining, Wilfhart spoke to a friend and Marine to ask what it was like to serve in the military while being gay. His friend told his family posthumously that Wilfhart spoke about wanting to serve so a Soldier with a wife and children wouldn’t have to go fight. Although these are the only two known LGBTQ veterans to have died in battle defending the United States, there are many unknown heroes from every armed conflict whose names we may never know. For Memorial Day, I asked prominent leaders in the LGBTQ veteran community how we can honor these unsung heroes.

Executive Director and Co-Founder of Minority Veterans of America

Church has nearly a decade of experience rooted in veteran’s advocacy and grassroots organizing following their enlistment in the Navy. For Church, Memorial Day calls on everyone to reflect on the loss felt by our veteran community and the sacrifices made by our siblings in arms who did not return from war or who lost their battles to suicide here at home. For LGBTQ service members and veterans, Church emphasizes that this day is additionally complicated as many in the LGBTQ community who have served or have died did so in silence: hiding their true selves and the relationships they have held with fellow service members and the families who loved them. Additionally, Church explains that the LGBTQ community has a deeply conflicting relationship with service and loss. “Allies of LGBTQ service members and veterans should take a moment to truly talk to those they know in the LGBTQ veteran community about what Memorial Day means for them. Do not thank them for their service, ask them and truly listen to what they have to say. Pause and reflect on what Memorial Day means to yourself and the sacrifices made throughout history, both by the LGBTQ community and the military community at large.”

Meyer served in the US Navy and Army Reserves for 10 years, volunteering to fight in the Vietnam War believing in his mother’s words that “there is nothing more precious than American Freedom”. Meyer felt compelled to leave the service not because his patriotism waned, but because the constant fear of being found out as gay was too much for him to continue to bear. Meyer’s activism is as extensive as his knowledge of LGBTQ military history, dedicating much of his time to public speaking engagements. “For Memorial Day, LGBTQ veterans should participate and be visible in community events. The more visibility there is, the greater acceptance we will have in our communities. Allies, listen to LGBTQ veterans tell their stories, attend, and support their participation in local events, and learn the history of LGBTQ servicemembers in the military.”

Board of Directors for Minority Veterans of America

Ireland came out as a transgender service member by sharing her story in the Emmy-nominated short film "Transgender, at War and in Love." Ireland reminds us that the last decade has provided much change for LGBTQ troops: Former President Obama ended the long standing DADT policy in 2012 and President Biden reversed the ban on open transgender service in early 2021 allowing LGBTQ troops today to serve honorably, while out and proud. When asked about how do we properly hold space for the brave LGBTQ troops that have paved the way for those serving today, Ireland says that simply we need to include them in the narrative. “When we celebrate Memorial Day, we set aside this time to remember our brave troops who sacrificed their lives so that we may see, live, and enjoy freedom. We must openly and intentionally celebrate, remember, and pay homage to those who fought against discrimination to love who we want and to live as our authentic selves, all while still defending our country. These unsung heroes sacrificed the truth of themselves in times when being ‘out’ was extremely looked down upon. This Memorial Day, ensure to intentionally include LGBTQ troops in the storyline. We keep their legacy, memory, service, and sacrifice alive by continuing to share their stories.”

Marchant firmly believes in the importance and power of policy and community-level interventions and encourages everyone to utilize their unique interests and skillsets to work towards equity and inclusion. Through their additional national advocacy in the non-profit sector, Marchant utilizes their expertise to assist LGBTQ veterans financially, recognizing that LGBTQ veterans live in poverty at higher rates than their cisgender counterparts. Marchant champions corporate solutions to poverty, underemployment, and unemployment through hiring diverse teams that additionally produce business benefits. “I challenge you to work with your employer’s talent attraction program to ensure the processes are equitable, and then commit to hiring LGBTQ veterans. Audit your internal systems and culture to ensure diverse talent can thrive and grow. This is obviously incredibly simplified, but it is a place to start. I believe Memorial Day is for remembrance, but it also is an opportunity to honor those who came before us with action.”

Withrow is the first openly transgender servicemember in the Illinois Army National Guard as a Staff Sergeant with 11 years of military service working full-time as an Equal Opportunity Specialist. Winthrow is intimately familiar with the strength and sacrifice of America's LGBTQ Armed Forces in times of inequity and intolerance: including personal heroes such as Leonard Matlovich, Joseph Patton, Trish Rose, Jess Shipps, and countless others. Withrow identifies that too often the lives of these brave servicemembers are marked by tragedy. Emphasizing that LGBTQ servicemembers not only fought for our country, Withrow reminds us that they also fought to be recognized as their authentic selves and be treated with the same dignity and equality of the citizens they were defending at home. “Despite having lives and careers at risk of being upended or cut short for being who they are, LGBTQ veterans still served regardless. This year I would encourage people to turn their thoughts to those who were willing to put aside themselves to serve, even when they had to hide who they were to do so.”

Klimm served from 1992 until 2016 retiring from the Marine Corps as a Gunnery Sergeant. Memorial Day is a solemn day for her as she remembers friends that did not come home. Klimm urges us to honor those we knew who served, and others we never had the opportunity to meet. Since Klimm finally had the opportunity to come out as a transgender woman, she spends a lot of time reflecting on Memorial Day, never knowing how many LGBTQ servicemembers sacrificed themselves for this country while living in silence: she could have been one of them herself. “Let us this Memorial Day honor those fallen LGBTQ service members by flying any pride flag alongside the American flag. Every day after Memorial Day remember, there are LGBTQ service members and veterans still in silence.” 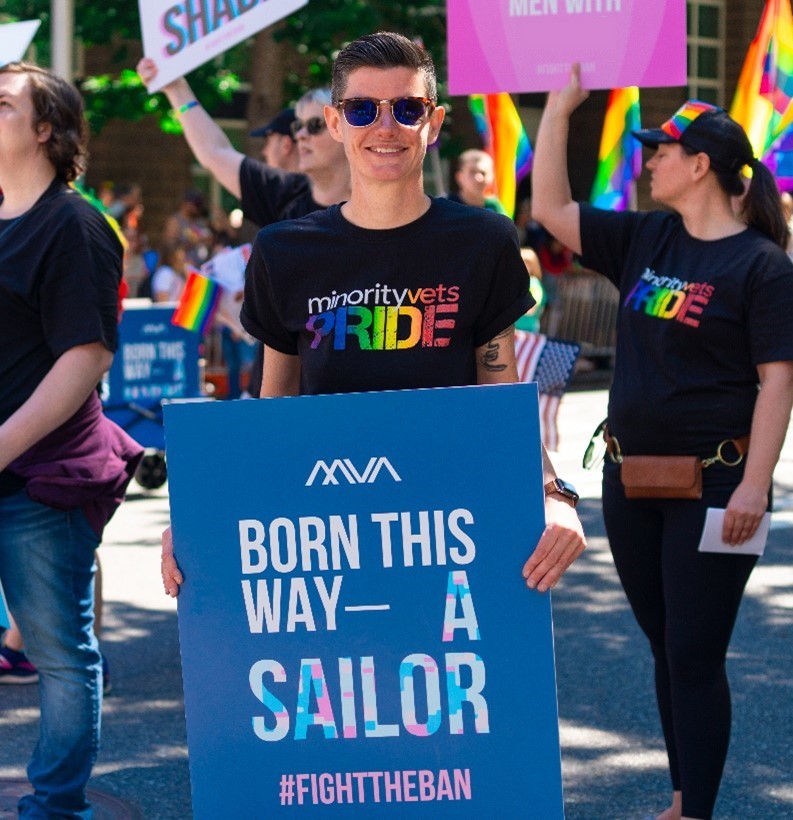 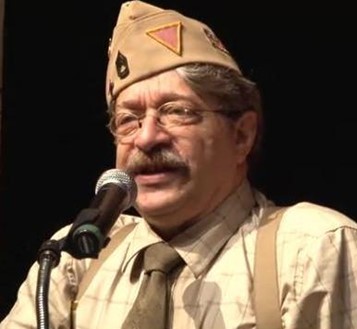 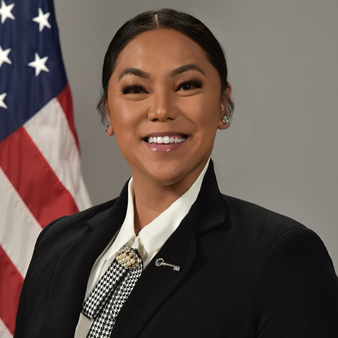 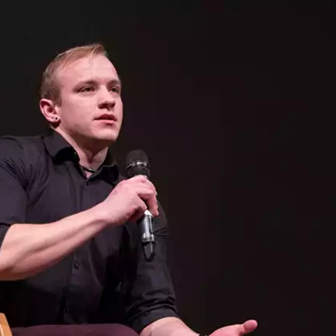 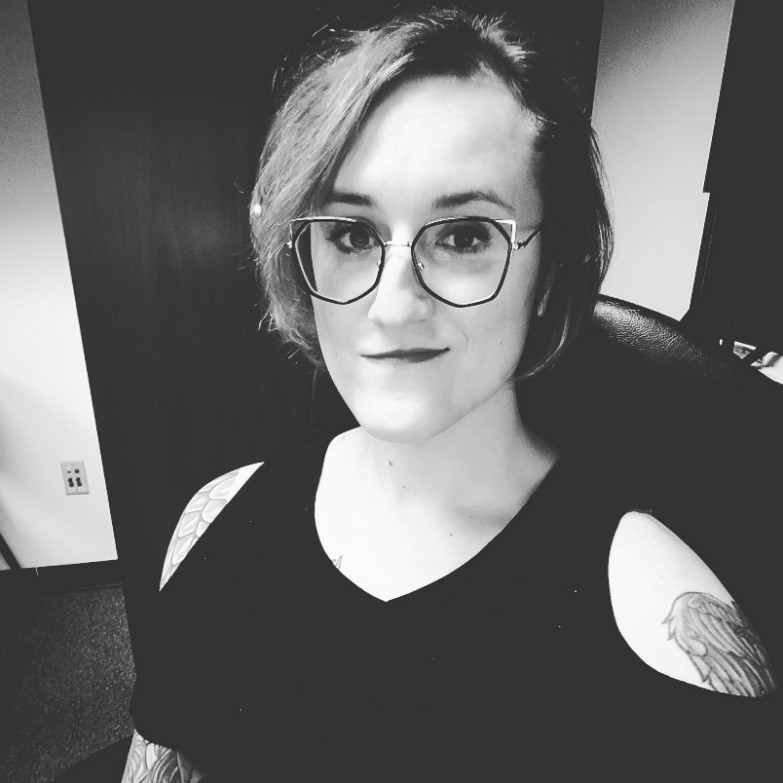 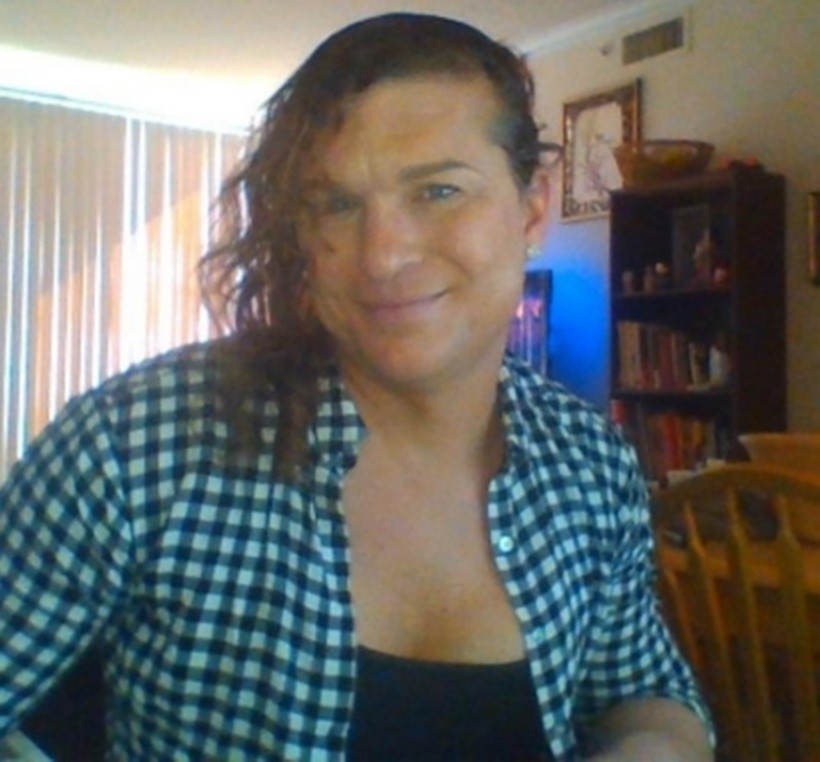 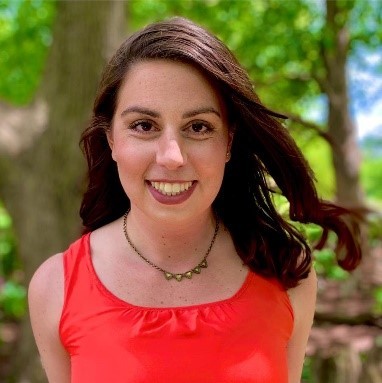